This favorite green fruit of millennials, whether on toast or in guacamole, is always on trend. I spoke with Gary Clevenger of Freska to see how avocado conditions are faring out of Mexico (where the season is year-round) and California (where production has just begun), and what retailers can expect in the coming months.

“The California season is estimating around 375 million pounds this year, which, if true, would be about double last year’s volume,” Gary began. “Mexican volume was supposed to be around 2.2 billion pounds, but recent estimates are now showing it could be off by 10% lower than anticipated. Sizing in avocados is most like a bell curve, with sizes peaking around 48s and 60s with other sizes available. There will be at least 975 loads per week crossing for the forseable future.”

Gary reports that pricing for avocados has been strong, with a consistent weekend and week volume of around 42 million pounds out of Mexico keeping prices stable. California avocados typically get a couple dollar premium, and though they previously experienced an approximate 10 percent drop, pricing has now stabilized. 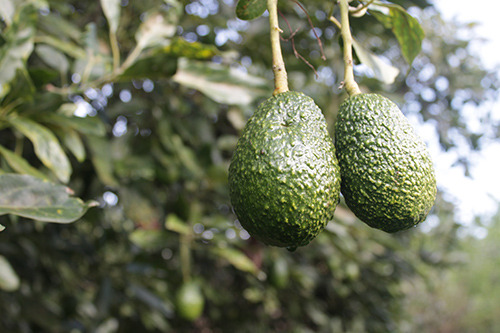 And, though these trendy fruits don't need much help to find their way into shopper's carts, Gary shares his ideas on how to promote avocados even further.

“Keep plenty of ripe avocados out in-store,” Gary recommends. “Point of sale recipes and guacamole packets next to the displays are always good sellers, and also help drive sales. Keep abreast of the different promotions being offered by the California Avocados Commission; it works at driving sales for California avocados and have some fun promos coming up.”